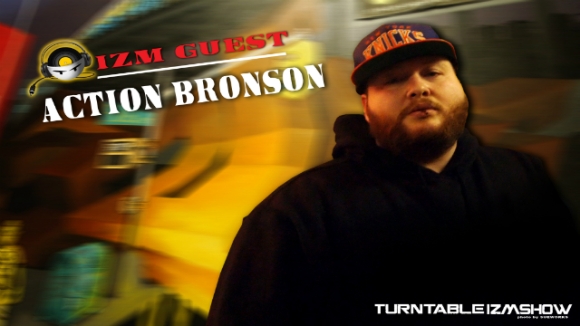 Action packed from the jump. We get a phone call from BLACK ROB and talk about the new album coming soon off of Duck Down. JOHN ROBINSON chops it up with the crew and spits some ill bars. ACTION BRONSON also checks in to tell us about his new project that just dropped and also gets it in with the bars. We end the show with an ill rhyme session by JOHN ROBINSON and JOHNNY 3 ROUNDS

Maffew Ragazino comes thru to talk about his recently released ‘Rare Gems: The Collection’. He also chops it up about his early start in Hip-Hop and his album.

Tribute episode to Big Pun for his birthday with his music, videos and a name that Pun sample. If that wasn’t enough, Cuban Link comes thru to chill with the izm crew. We catch up on what he’s been up to, his new projects, new music video and more!

We got to chop it up with some representatives of the LO-LIFES tonight. Thirstin Howl the 3rd breaks down how the Lo-Life culture started and evolved. It has spread globally and continues to grow. If you don’t know about it, this is the interview to check for the history, evolution and what it means to be a Lo-Life.

Got some new cameras and an updated Ustream and got a couple audio technicalities. But we got situated and the mayor of NY came thru to chill with the izm crew. POISON PEN chopped it up with us about the Grind Time Now movement, giving back to the battle community and a new album he’s working on. Check the interview, the freestyles and the music.